Here at Paulett Wines we run our team like one big family. We all have our individual roles and responsibilites as does every large family but we operate as one. We are lucky enough to have a diverse range of skill sets and talents amongst the team helping present our wines and cafe experiences with quality, elegance & finesse. Below are just some little snipets into our team members..... 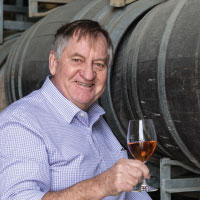 Paulett Wines is not just a flash in the pan for Neil, founder and owner; it is the realisation of a lifelong dream to create a brand that will continue through the generations. With his close knit family by his side, Neils quest for prosperity is symbolised by the Moreton Bay fig tree he has planted out the back of the winery. When scouting for a place to lay down his roots back in the early 80’s, Neil felt an absolute ‘sense of belonging’ on sight for the Polish Hill region. Originally from Victoria, and after spending time in Sydney and the Hunter Valley, he has gone on to be one of the great ambassadors for the area and the broader Clare Valley. To those who know and work with Neil, he is known to love a ‘good old banter’ and someone to have a laugh with. 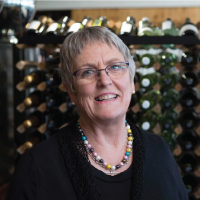 Described by Neil as ‘One of the Great Women in Wine’, Alison is the ‘doer’ behind Paulett Wines. Originally trained as a nurse, Alison has literally ‘learnt on the job’ alongside Neil as well as raising their family. Moving to the Clare Valley from the Upper Hunter, Alison bravely supported Neils dream to own his own winery. On a wing and a prayer, Alison laughingly describes Neil has having the vision whilst leaving her with the worry. Naturally shy, Alison admits she would rather be in the background, however as the backbone of the Paulett family, she is very much front and centre. 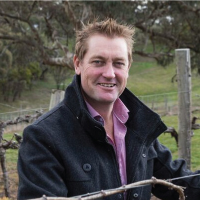 As the Vineyard Manager for Paulett Wines, Matt overseas 114 acres of vines spread over Polish Hill and the Watervale regions. Fresh out of Roseworthy College with an Agricultural Science degree Matt’s vision of becoming a part the family winery was realised 18 years ago. Joined by his wife Ali a few years later, Matt’s focus has been on vineyard acquisition to complement their growing range of wines. Sharing his father’s vision to grow the winery for future generations, Matt plays an integral role in ensuring the vines are nurtured to provide quality fruit well in to the future. 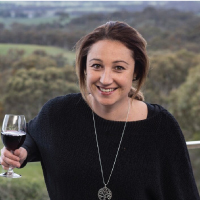 Ali is the driving force behind the sales and marketing for Paulett Wines. She is described by her fellow staff as the person who brings everyone together. Ali is an inspiration to others for her passion and dedication to the winery as well as being a busy mother of three young children. This passion has extended to the long awaited dream of opening ‘Bush Devine’, a bush food café experience situated on the deck at cellar door, offering million dollar views. With a myriad of qualifications and experience as broad as working with the Australian Equestrian Academy and vet nursing to running her own drafting business, Ali truly is a woman of many talents. She sees herself as incredibly fortunate to work with such a great family, in particular one that puts up with all of her craziness! 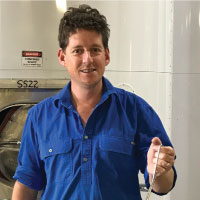 Jarrad started his winemaking journey as a cellar hand, it's then Jarrad’s passion for the wine industry and enjoyment of quality wines, as well as hunger for knowledge grew. This led him to studying and acquiring a Bachelor of Wine Science at Charles Sturt University.
He now brings 13 years of winery experience and knowledge from well-known highly accoladed Clare Valley Wineries including Leasingham Wines and Kilikanoon Wines. Jarrad also brings some international expertise, having worked at Chateau Montelena Winery in the Napa Valley. 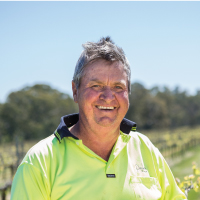 Otherwise known as ‘The Rock’, Graham has been a part of the Paulett team as cellar hand / vineyard assistant for over four years. Jokingly describing himself as being at the ‘bottom of the rung’, Graham is content with his unexpected diversion in to the wine industry in his later life. Originating from Booleroo Centre and with an extensive agricultural background, he headed to the Clare Valley looking for a sea change. A self confessed workaholic who ‘can’t do anything half-baked’ and goes above and beyond, Graham is a great asset to the Paulett Wines team.

Thomas has packed a lot into his relatively short career so far. Thomas undertook an apprenticeship after developing a passion for cookery during a gap year in 2013. A yearning to learn more and further his career led to a move to Adelaide to work at one of the city’s premier dining venues. Just over 2 years of intensive classical training underneath very talented and demanding chefs gave Thomas a strong ethos regarding produce, technique and work ethic. Working above and beyond what was expected of him, he was promoted to the position of junior sous chef of the brigade, a position never held by any apprentice prior. In 2016 Thomas and his partner, made the decision to return home after discovering that they were ‘expecting a new arrival’ into their family and Thomas quickly secured a position at Seed Winehouse + Kitchen as a chef de partie. Thomas and his Partner Cassie have since welcomed another new arrival and are looking to stay in the Clare Valley for years to come. 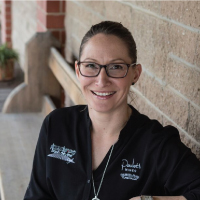 Ally is much better known within the Paulett ranks as ‘The Bolt’, coined as a direct correlation to her maiden name and speed on ‘the floor’. Formally trained as a chef, her early years were mainly spent in the kitchen at the renowned local Rising Sun Hotel. On expansion of her family, Ally exchanged one apron for another to allow a better family work life balance. After a long stint at Clare’s revered café Wild Saffron, she became well loved for her infectious personality and outstanding barista skills. Ally is hesitant to gloat on her ‘2012 Clare Valley Barista of the Year’ award however the Paulett team is happy to hang their hat on that one
.